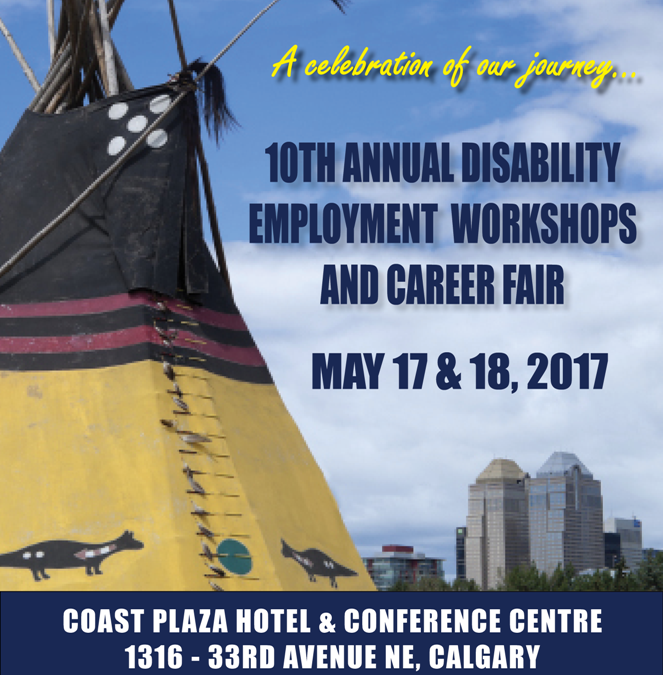 Ten years ago, a colleague invited me to attend a local conference focused on the employment of Indigenous People with disabilities. The employment service I oversee was occasionally serving urban indigenous people so I agreed to go in the interest of learning some new things and making some connections. I go to a lot of disability related conferences and events; sometimes as a speaker, sometimes as a participant – and so I believed I knew what I was getting into. I did not.

The Community Futures Treaty Seven Disability and Employment Conference in the spring of 2007 was something of a pivotal event in my career. Over a period of mere hours, I found myself in many conversations with people from First Nations communities throughout the Treaty Seven region. The primary message coming out of these conversations was straightforward; the ‘intersection’ of disability and living in a First Nations community was pretty harsh in terms of finding employment.

I knew that living with a disability had a negative impact on employment participation. I knew that living in a rural community had a negative impact on employment participation and I knew that indigenous people were under-represented in employment. However, the stories that people told me at that event about their struggles or those of their family members served as a stark reality check for a middle class white guy working in a reasonably well funded disability service system. The degree of marginalization experienced by people in First Nations communities, combined with a deficit in resources (to address a significant and complex issue) was leaving people with disabilities virtually abandoned.

I have a team of eleven people working for the employment service I oversee and a budget that is approximately ten times greater than the one available to the CFT7 Disability Employment Coordinator. Our program serves a small fraction of the numbers of people with disabilities served by the CFT7 funded Career Centres – and we do this work in Calgary, not in rural communities where there are typically far more people than there are jobs.

The Community Futures Treaty Seven Disability Symposium is one of the few mechanisms available to Indigenous People with disabilities in Southern Alberta to connect to further employment participation rates. It was a privilege to be able to participate in this year’s fantastic Symposium, 10 years after that pivotal first attendance, and I look forward to continuing to work alongside members of CFT7.

In case you weren’t able to attend the Symposium yourself, here’s a short clip of a real event highlight: Sean dancing the Chicken Dance