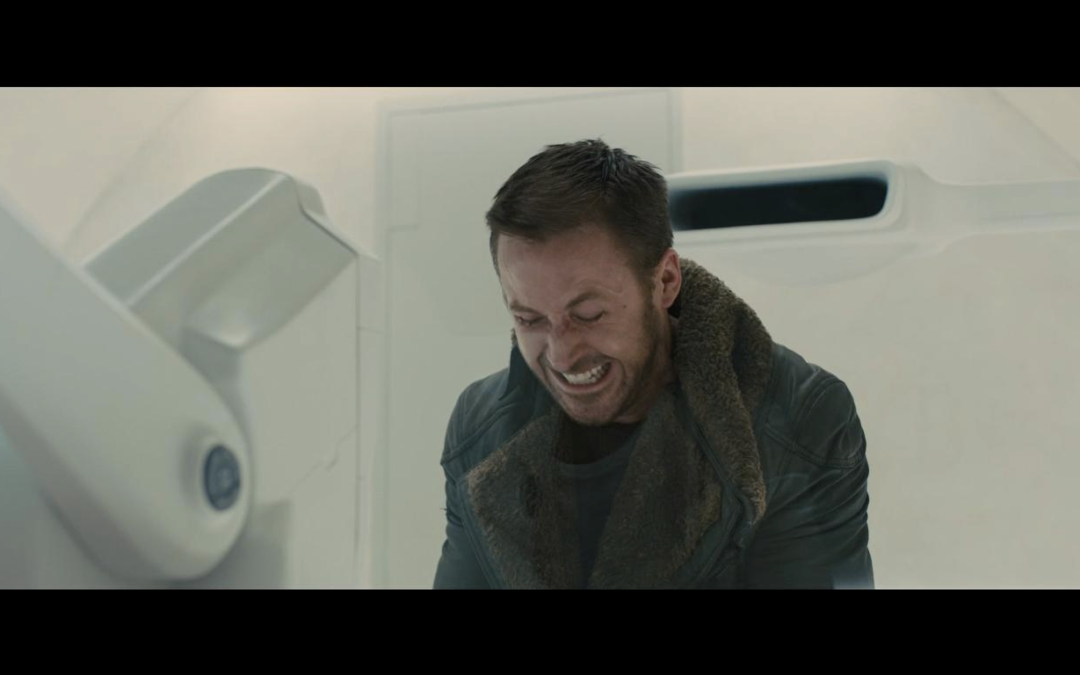 In Flow, Mihaly Csikszentmihalyi illustrates the higher likelihood of experiencing flow or optimal experience, “a sense of exhilaration, a deep sense of enjoyment” (Csikszentmihalyi, Harper & Row, 1990), in work rather than in leisure.  Most of us spend a significant amount of time in our lives working but most, when given the choice, would prefer to spend our time in other ways. Why might this be?

Let’s look at exhibit K. The first shot of K the audience sees is of him sleeping while on his way to a mission. Why would anyone sleep on the job? It’s not challenging? The workload is excessive? Or perhaps one is working for Arianna Huffington and it was just their scheduled nap for the day? Fast-forward to one gouged right-eye later, K successfully passes his baseline test—he has no emotional engagement to work.  Work was just a series of physical tasks. With his shift over, K goes home to Joi, his advanced version of Siri, and has himself a drink.

As K collected evidence of a child conceived by a replicant, he began to wrestle with the reality that the miracle child might be him. He began to feel a sense of belonging. He adopted the name Joe, to personalize his newly discovered identity. With a deep sense of purpose, Joe defied authorities to find the man who he believed could be his father, Deckard.

Unfortunately, it wasn’t very long until Joe was confronted with a Maury Povich moment. It turned out that Deckard was not his father and he was not the miracle child. Devastated, he contemplated “retirement” as he walked across the bridge, a fitting scene to have The Tea Party’s “Heaven Coming Down” blasting in the background. But maybe a replicant’s child was not the only miracle in the story. Perhaps another miracle was for Joe, a replicant, transcending his android proclivities by simply believing his existence had meaning. He was a cell interlinked with other cells.

“People who learn to enjoy their work, who do not waste their free time, end up feeling that their lives as a whole have become much more worthwhile.” (Csikszentmihalyi, 1990)

Blade Runner 2049 has left me entangled in even more reveries; what are the effects of seeing the work that we do as extensions of our identities? How does success or failure impact that belief? What comes first, disengaging work or a disengaged worker?  How do we create sustainable and versatile workplace environments that stimulate capacity building and encourage autotelic behaviours? And lastly, why doesn’t Ryan Gosling age?